Bremen Classic Motorshow: Show cancelled
Plans for alternative underway in Bremen
Monday, 6 December 2021 · Classic car fans in Germany and abroad were excited and looking forward to the event:
After a forced break last year, the Bremen Classic Motorshow was scheduled to take place once again as an inpresence
show in February – just in time to celebrate its 20th anniversary. For months, the team behind the event
planned and worked on the big comeback. But now it’s clear: the on-site show at the beginning of February cannot take
place and has been cancelled. “We’ve worked for two years on this, we got great feedback from visitors and exhibitors
– and now, once again, it’s all been for nothing. So you can probably imagine how we feel”, says the Project Manager
Frank Ruge.
Hans Peter Schneider, the Managing Director of M3B GmbH, which holds the MESSE BREMEN brand, adds: “It was
no longer possible to plan the event with any certainty, and the increasingly strict regulations due to the worsening
pandemic forced us to take this decision. We’re extremely disappointed, especially because we had received entirely
positive responses from our German and international exhibitors and bookings were excellent. Even though under
current circumstances the show would have been allowed, we decided that the health and safety of all participants has
to be our primary concern.”
Team is working on an alternative
Despite this, the organisers in Bremen are not letting the setback defeat them. Now that the difficult decision has been
made, the team is determined to present an alternative in the next few days “First, we have to take a deep breath. But
there’s no doubt that the entire team is highly motivated to kick off the season with the Bremen Classic Motorshow
2022 in a different form”, says Claudia Nötzelmann, Head of Special Interest and Trade Shows at MESSE BREMEN.
“After all, we’re celebrating 20 years of the show next year, and we won’t let anything take that away from us.”
Lots of praise from the community
Traditionally, the Bremen Classic Motorshow kicks off the new classic car season. Every year, it normally attracts more
than 700 exhibitors and some 45,000 visitors who are keen to chat, talk nuts and bolts and negotiate deals. This is the
second time the classic car trade show has been postponed because of the pandemic after this year’s cancellation.
Instead, this year the team rapidly put together a five-hour livestream which was highly praised by the entire classic
vehicle community. In 2022, the Bremen Classic Motorshow would have taken place at MESSE BREMEN from 4 to 6
February 2022. The next regular slot is Friday to Sunday, 3 to 5 February 2023.
Find out more at: www.classicmotorshow.de 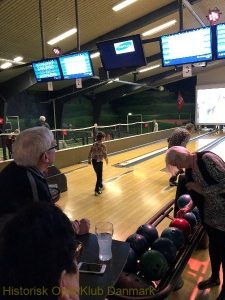